Is It Really Utopia Along the Ohio River??

East of Cincinnati, Ohio, along Highway 52, is a marker for the small hamlet of "Utopia." Yes, Utopia exists on the shores of the Ohio River-- right along the highway in Clermont County, Ohio. But unlike the utopia of storybooks and song, this Utopia holds secrets and legends from the past, as well as ghosts that will haunt Utopia well into the future. 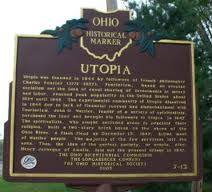 The Utopia legend dates back to the mid 1840's when an offbeat religious group founded this small, Ohio River community,built homes and a 30 room brick community-like dining/recreation center. The original religious group exited Utopia after only a few years and sold the entire community to John Wattles, an eccentric spiritualist. Against sound advice, the story goes that Wattles had the large, brick building disassembled and moved to the shore of the Ohio River. Unfortunately, within days of completion of the reconstruction in December 1847, tragedy beset the community. As the celebration of the project completion occurred in the building, a flash flood on the river tore through the walls of the structure and washed 150 (of 156) of the members out into the icy river. Only six of the spiritualistic group dodged fate that night and survived. The legend goes that the ghosts of these six survivors still haunt what's left of the small burg.

Another interesting landmark in Utopia is the remains of the underground church. That's right, a brick church some 25 feet below the surface. The story goes that Pastor Wattle had the church built deep below the ground so the congregation could better communicate with the dead.....Certainly not the utopia that we dream about!! 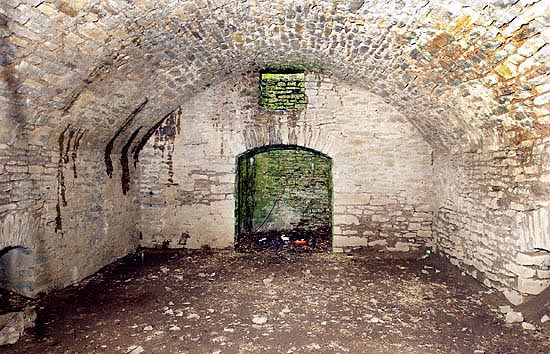